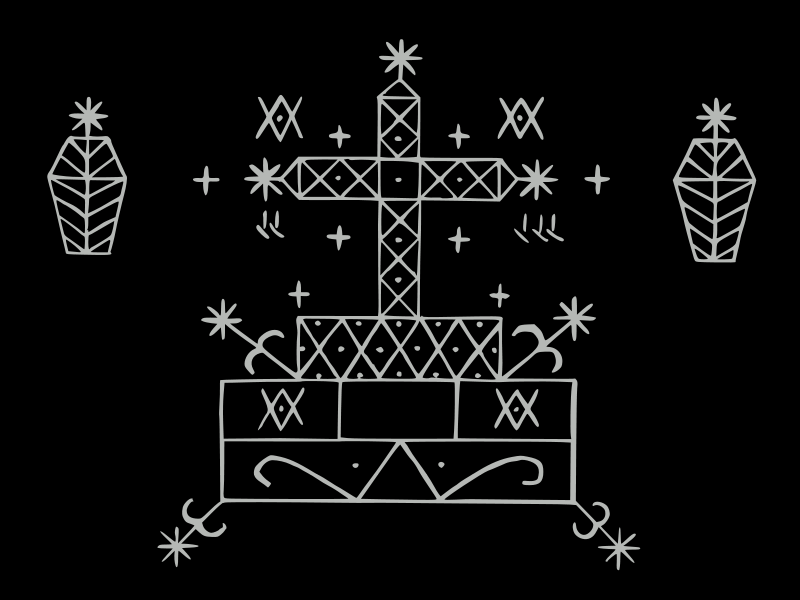 What's on your mind?

In ancient Ireland, the Celts believed that during fall equinox, the realms between the living and the dead became blurred. The tradition of Halloween originated with the ancient Celtic festival of Samhain, when people would light bonfires and wear costumes to ward off ghosts and spirits.

Fête Gede, or “Festival of the Dead,” is one of the most important celebrations in the Voodoo religious calendar. In Haiti the event, which is commemorated yearly on the first and second days of November (All Saints Day and All Souls day respectively), is marked by converging on cemeteries to honor Haitian ancestors with rituals and sacrifices.

Hope everyone has a happy autumn equinox!

In 1771 Peter Hansborough of Stafford, Virginia, suspected his slave who was named Sharper, of procuring poison from "a [Root] Doctor or Conjurer as they are Call'd." Hansborough obtained an arrest warrant from the county justices and Sharper was apprehended and placed in country jail. "Upon examination it appeared to the justices that said Sharper had attempted to procure poison from the doctor to destroy white people." Sharper died due to severe frost bite. "[He]...was bit by the frost to such a degree that it commanded pity from every human heart." This was December, and the trial dragged on until May, when Sharper was acquitted. Hansborough related that he then "took the Poor distressed slave home … [where he]… died."

A man named Boukman, another houngan, organized on August 24, 1791, a meeting with the slaves in the mountains of the North. This meeting took the form of a Voodoo ceremony in the Bois Caïman in the northern mountains of the island. It was raining and the sky was raging with clouds; the slaves then started confessing their resentment of their condition. This was considered the beginning of the Haitian Revolution that sought to end slavery.